Athletes aim to  build lean muscle mass  to increase their athletic performance. If you are an athlete, the important key to achieving your muscle gain goals is to have proper nutrition and calorie intake for your workout routine. Most competitive athletes know that not all calories are created equal.

Eating healthy foods from well balanced diet menu and thus getting the right calories is a must.

Once you have the the obligatory nutritional base covered you may want to explore some supplements. But let’s first review the basic components every athlete needs to be mindful of getting.

Carbohydrates are the leading energy resource for building strength in muscles. Carbohydrates are stored as glycogen in the muscles to provide energy for short, explosive bursts of exercise. The harder and longer you workout, the more carbohydrates your muscles need. If your stored glycogens are exhausted then you will feel a drop in energy and find it very difficult to continue exercising. If you continue to work out without any energy stores then the body will start burning muscle instead of fat reducing your exercise effectiveness. You can see why eating enough of the proper foods for good carbohydrates is important when building muscles  through strength training.

In order to build muscle your body needs protein because it is the foundational building block for muscle tissue. The amount you exercise and body weight will both play a factor in how much protein your body requires. You should consult a nutritionist or personal trainer to determine the proper protein uptake you need but a general rule is around half a gram of protein per pound of body mass for average athletes. If you are serious about strength training and workout 5 or more times a week you may want 0.6 to 0.8 grams of protein per pound of body weight.

Even though your ultimate goal is to burn fat and  build muscle  you need to include some fat into your diet to keep your body healthy. This will help your body burn fat and keep muscle along with giving you some wiggle room in your diet. You should aim for 25% of your calories to come from unsaturated fat.

Athletes require more than the dubious standard eight glasses of water a day to replace the fluids lost during an intense workout. Please make sure that the quality and purity of water you drink is supreme. It should have no chemicals like chlorine and fluoride but it should also not be completely deminerilized. Kangen water is  recommended by some athletes. It is a good idea to consume about a liter of water during a workout and 2 cups of water before and after your workout. This will ensure your body does not become dehydrated during an exercise routine lessening the impact of your efforts.

Another option is a protein shake designed as a meal replacement; although this may just be a snack if you are really pushing hard. It is important to recharge your body after exercising with protein, carbohydrates and hydration so that your body is fully fueled for the next intense session. This will help promote fat burning after your workout and complement building muscle mass in future workouts.

There are many nutritional supplements touted as the best thing ever however trained athletes should know that some of these products could be gimmicks. Since nutritional supplements are not regulated by the FDA there is a lot of room for stretching the truth. Seasoned strength trainers do utilize a few supplements including whey protein powders, creatine and fish oils.

Creatine is a supplement that helps muscles recover from a workout and is a good way to speed up muscle building when coupled with a solid diet and exercise regiment. Creatine occurs naturally in some meats but you can take about 5 grams for 5 days for an extra boost. It is a good idea to rotate creatine usage to maximize its affect in building muscle. Many athletes take it for 5 days then take 5 days off and start using again. Be aware that if you take creatine everyday eventually it will lose effectiveness.

The benefits of green tea are numerous. It is very rich in antioxidants which are important for protection from oxidative stress and excellerated aging. Green tea has been around for thousands of years and has no known side effects. It increases metabolism and helps burn fat.    Green tea extract    is one supplement that no athlete should overlook.

Remember to always consult a registered nutritionist and qualified physician before you start taking any new or additional supplements.

Healthy diet weight loss can be significantly aided by the use of   green tea extract .   Research confirms that the active ingredients of green tea promote increase in metabolic rate and burning of fat. There are many  varieties of green tea available  and all of them are greatly beneficial.

A study that appeared in American Journal of Clinical Nutrition found that 4% increase in overall energy expenditure in 24 hours was attributed to green tea extract. The findings further specified that the extra expenditure took place during the day and concluded that the 4% increase due to green tea extract actually translated into thirty five to 43% increase in daytime thermogenesis. (Thermogenesis is the body’s rate of burning calories.)

None of the subjects that participated in the research study reported any side effects. No meaningful changes in heart rates were noticed.

This is very significant and hugely important to note. From health perspective, green tea extract is different from some prescription drugs for obesity, and even herbal products like ephedra, which can raise heart rates and blood pressure.

At Healthy Diet Weight Loss.org we do our utmost to feature only the things and ways that are healthy. We believe first and foremost in healthy and balanced diet menu, drinking clean pure water and avoiding our modern age chemical laden and highly processed foods.

Many of the diseases of today are modern diseases in a sense, since they were not nearly as prevalent in not so distant history. The foods and drinks that have a long track record of being used historically without any ill effects are those we have more confidence in.

Green tea has a long and fascinating history of four thousand years.

It originated in China and is associated with many cultures in Asia, especially Japan. The healthy value of this particular kind of tea, which undergoes minimal oxidation during processing, can thus be further validated.

The Japanese enjoy longevity that is ranking at or close to the top of the world. They drink what they call “ocha” or “nihoncha” daily.

In the West many studies have been conducted to see if there are really any benefits.

Yale University School of Medicine researchers issued a review article looking at over 100 studies on the health benefits of green tea. In what they called an “Asian paradox” they refer to lower rates of heart disease and cancer in Asia despite higher percentage of cigarette smokers. Their theory is that the consumption of 1.2 liters of green tea per day by many Asians provides plenty of polyphenols and other antioxidants.

We are concerned with healthy diet weight loss, with good effects of whatever we eat or ingest.
There have been numerous studies conducted all over the world on green tea, too numerous to cover in this article.

Perhaps one more deserves a mention here. It points out a side benefit in addition to losing weight which many people may appreciate.

The August 22, 2006 edition of Biological Psychology published a study looking at the modification of stress response using a chemical L-Theanine found in green tea.

It “suggests that the oral intake of L-Theanine could cause anti-stress effects via the inhibition of cortical neuron excitation.

In conclusion, please always check with your doctor before taking any supplements or altering your diet.
There is always a chance that there could be some adverse interaction with the drugs you are taking.

After having done that you’ll be safe.

Even if you just drink green tea each day, you will benefit. While the speed of the desired weight loss won’t be as fast as when using a green tea extract, studies have indicated that just one cup of green tea per day can result in a loss of 5 pounds in one year.

And then there are all the other benefits of the antioxidant content of    green tea   .

Discover the Health Benefits of Glutathione. Write Down my Coupon Code shown at the top of the page you'll get to using the link below. Enter that coupon Code at Check Out and Get $10 to $50 OFF on Your First Product Order 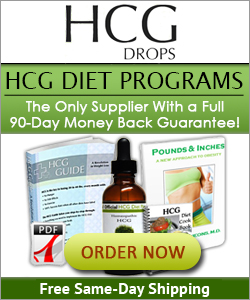